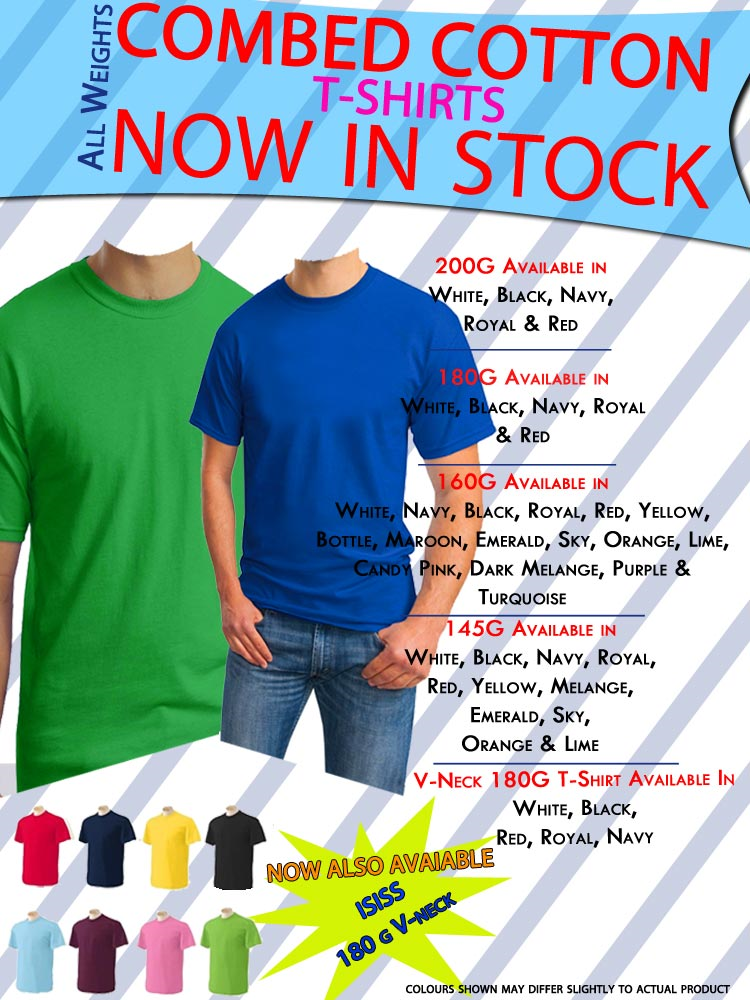 Available in various colours and sizes

A T-shirt (or tee shirt, or tee) is a style of fabric shirt, named after the T shape of the body and sleeves. It is normally associated with short sleeves, a round neck line known as a crew neck, and no collar.

Typically made of cotton fibers knitted in a jersey stitch, they have a distinctive soft texture compared to woven shirts. The majority of modern versions have a body made from a continuously woven tube, on a circular loom, so that the torso has no side seams. The manufacture of T-shirts has become highly automated, and may include fabric cutting by laser or water jet.

The T-shirt evolved from undergarments used in the 19th century, through cutting the one-piece union suit underwear into separate top and bottom garments, with the top long enough to tuck under the waistband of the bottoms. With and without buttons, they were adopted by miners and stevedores during the late 19th century as a convenient covering for hot environments.

As slip-on garments without buttons, they originally became popular in the United States when they were issued by the U.S. Navy during or following the Spanish–American War of 1898. These were a crew-necked, short-sleeved, white cotton undershirt to be worn under a uniform. It became common for sailors and Marines in work parties, the early submarines, and tropical climates to remove their uniform jacket, wearing (and soiling) only the undershirt.[1] 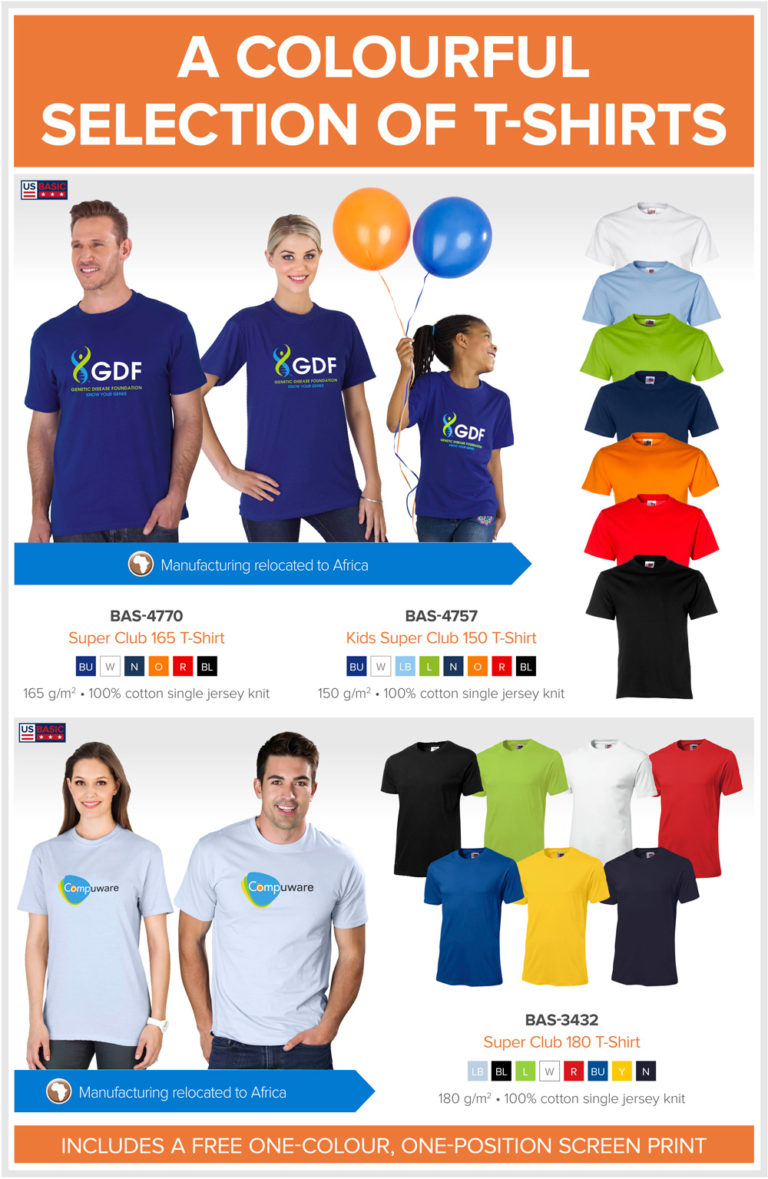 Get a head start on filling out your summer wardrobe with this colourful selection of T-Shirts. Available in a variety of striking colours, these are sure to give your casual look an edgy touch. Promote your brand or logo with a one-colour, one-position screen print, FREE with every T-Shirt ordered!   Fill in this form… 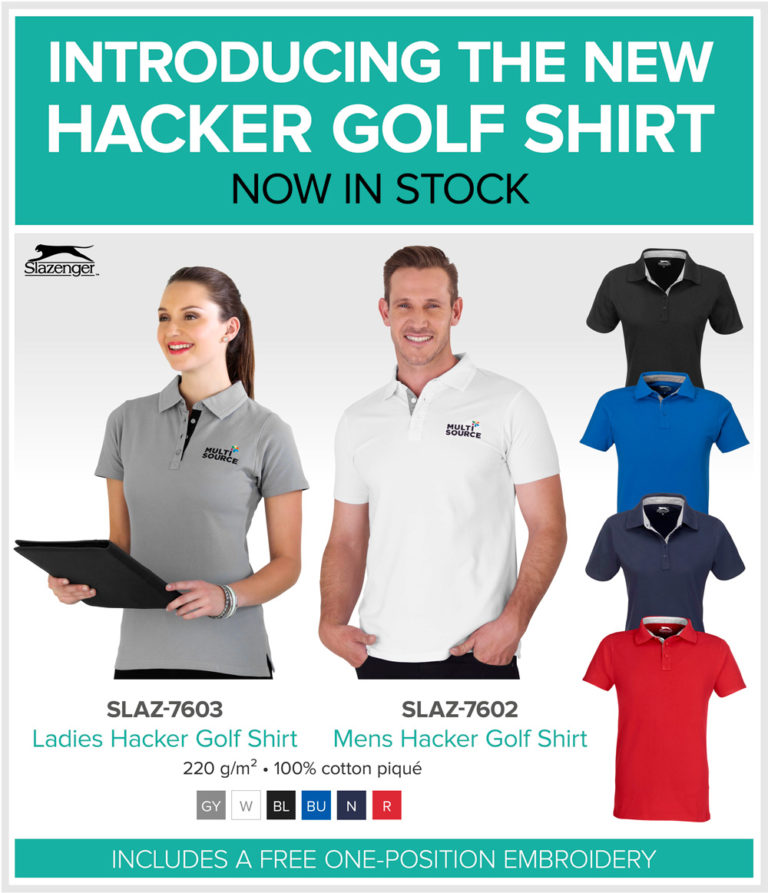 You’ll never be out of style with the sensational new Slazenger Hacker Golf Shirt. Available in 6 fashionable colours, this golf shirt lends itself to an array of looks that does both the corporate and casual look justice. Take advantage of our incredible FREE embroidery offering when placing your order!   Fill in this form… 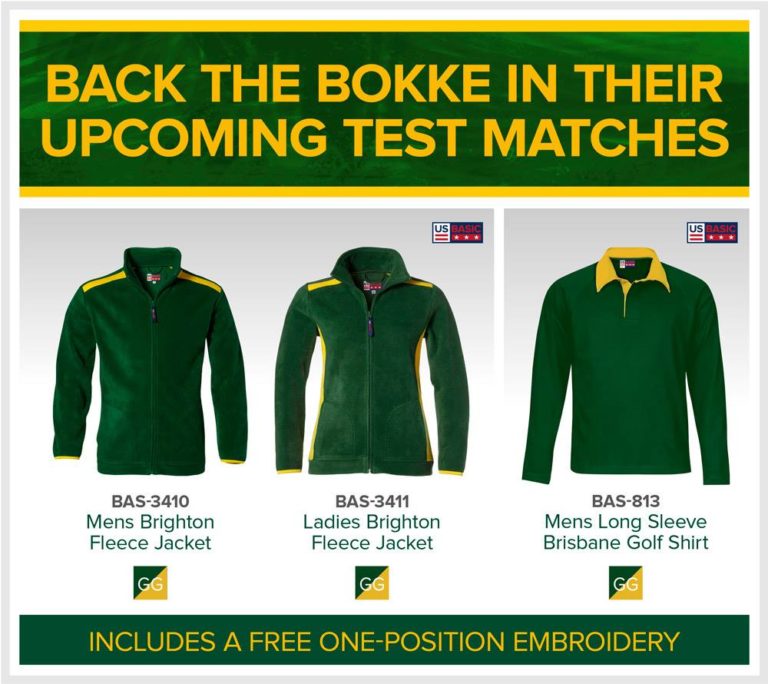 Back the Bokke in a Brighton Fleece Jacket and Brisbane Golf Shirt during the upcoming test matches. At these incredibly low prices, it’s easy for everyone to support the team and show their passion. Take advantage of our incredible FREE embroidery offering when placing your order! (setup charge excluded)   Fill in this form for… 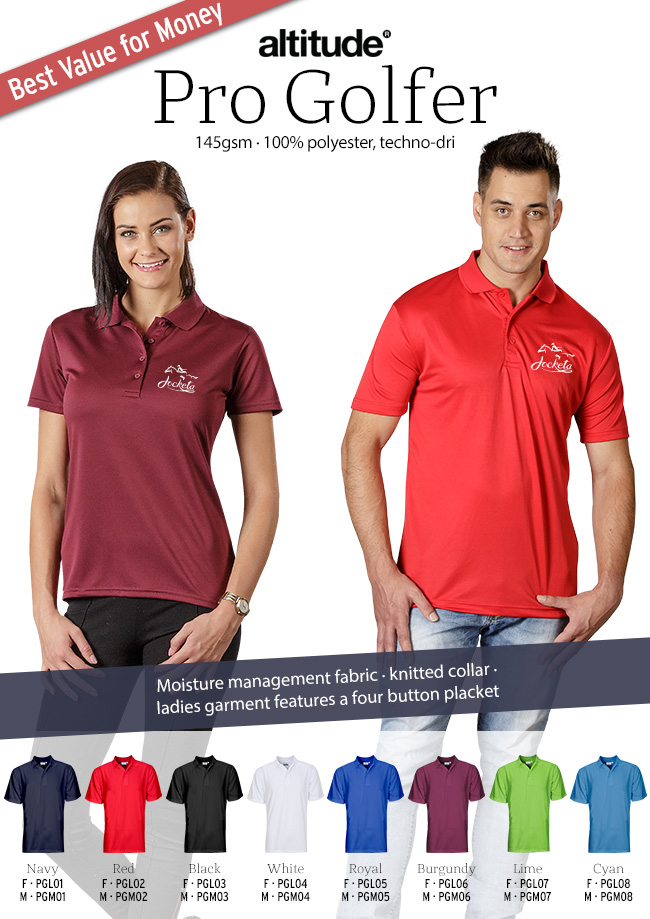 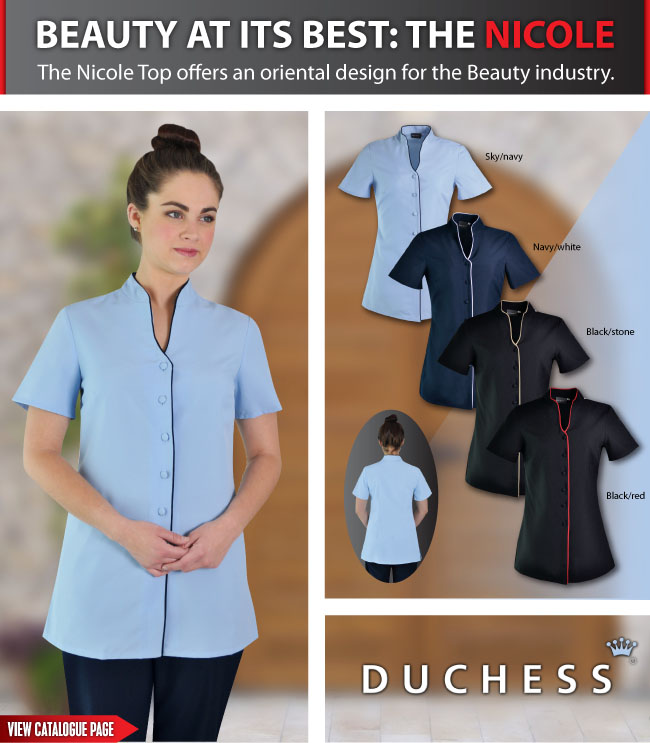 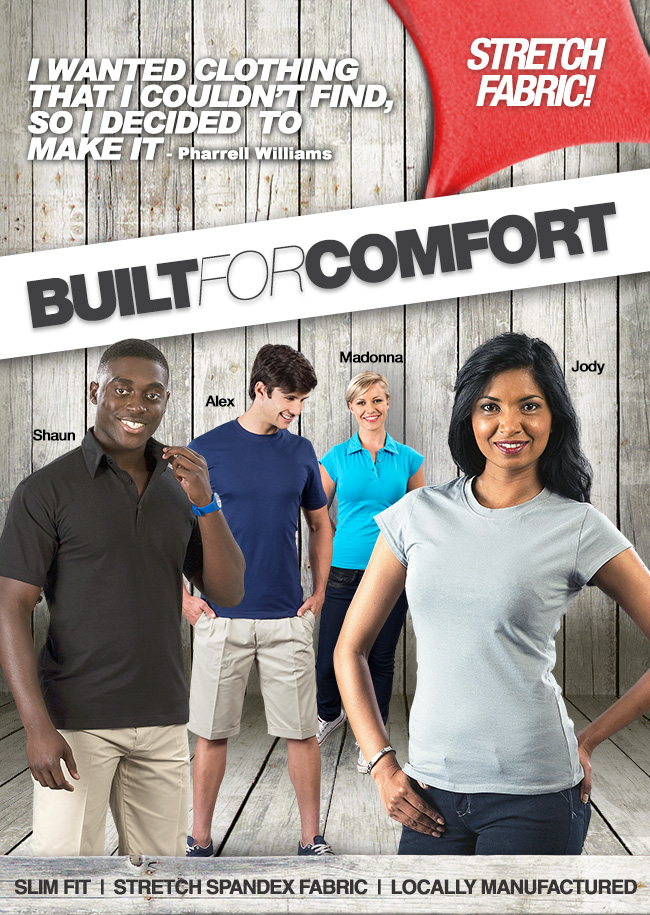