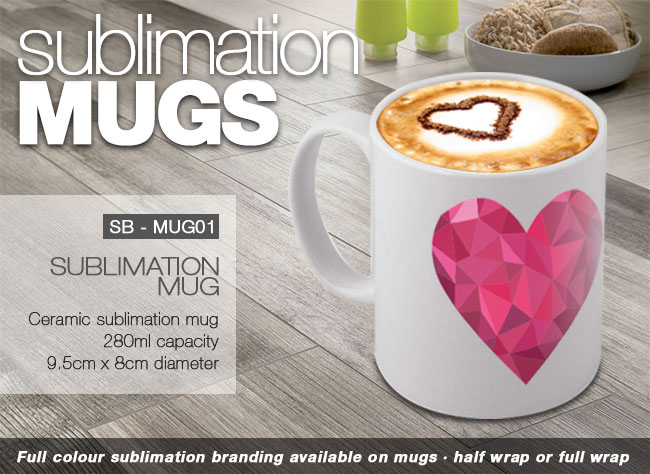 Some information about Dye-sublimation printing

From Wikipedia, the free encyclopedia

A dye-sublimation printer (or dye-sub printer) is a computer printer which employs a printing process that uses heat to transfer dye onto materials such as a plastic, card, paper, or fabric. The sublimation name was first applied because the dye was considered to make the transition between the solid and gas states without going through a liquid stage. This understanding of the process was later shown to be incorrect. Since then, the process is sometimes known as dye-diffusion, though this has not eliminated the original name.[1] Many consumer and professional dye-sublimation printers are designed and used for producing photographic prints, ID cards, and so on.

These are not to be confused with dye sublimation heat transfer imprinting printers, which use special inks to create transfers designed to be imprinted on textiles, and in which the dyes do indeed sublimate.[1]

Some dye-sublimation printers use CMYO (Cyan Magenta Yellow Overcoating) colors, which differs from the more recognized CMYKcolors in that the black is eliminated in favour of a clear overcoating. This overcoating (which has numerous names depending on the manufacturer) is also stored on the ribbon and is effectively a thin layer which protects the print from discoloration from UV light and the air, while also rendering the print water-resistant.

For ID card printing, text and bar codes are necessary, and they are printed by means of an additional black panel on the (YMCKO) ribbon. This extra panel works by thermal transfer printing instead of dye diffusion: a whole layer, instead of just some of the dye in the layer, transfers from the ribbon to the substrate at the pixels defined by the thermal head. This overall process is then sometimes called D2T2 (Dye Diffusion Thermal Transfer).

This type of printing can be done on the Sublimation Mugs 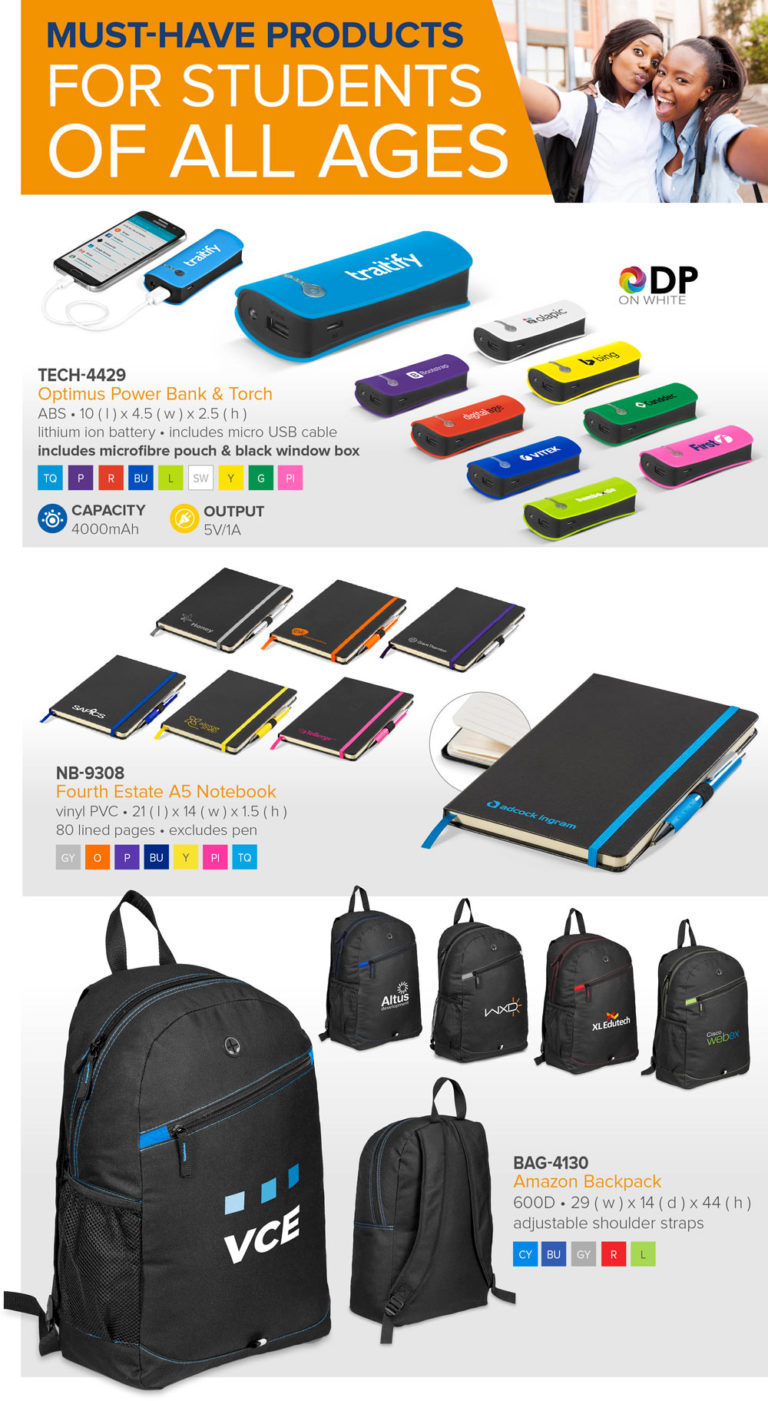 Ensure that you’re well prepared for the classroom or lecture hall with this awesome selection of products, perfect for students of all ages. Keep your mobile phone battery topped up with the Optimus Power Bank. Presented in a black window box, along with a microfibre pouch and micro USB cable, it also has auseful torch… 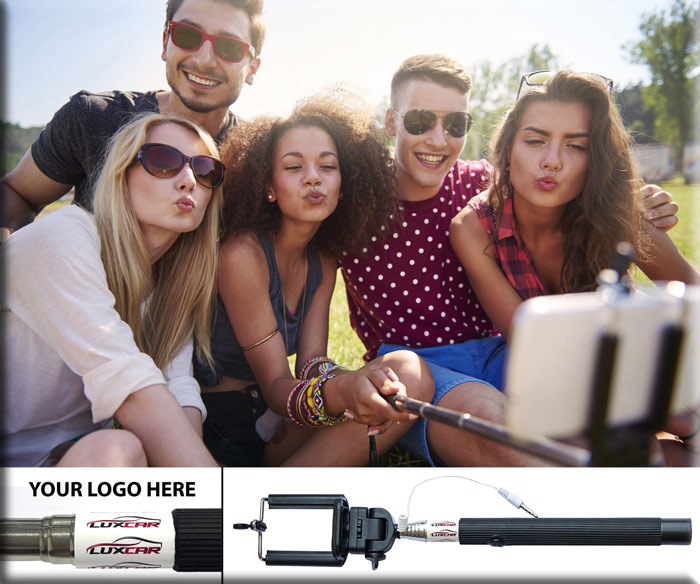 Branded Selfie Stick A selfie stick is a monopod used to take selfie photographs by positioning a smartphone or camera beyond the normal range of the arm.[1] The metal sticks are typically extendable, with a handle on one end and an adjustable clamp on the other end to hold a phone in place.[2] Some have remote or Bluetooth controls, letting the user decide when to… 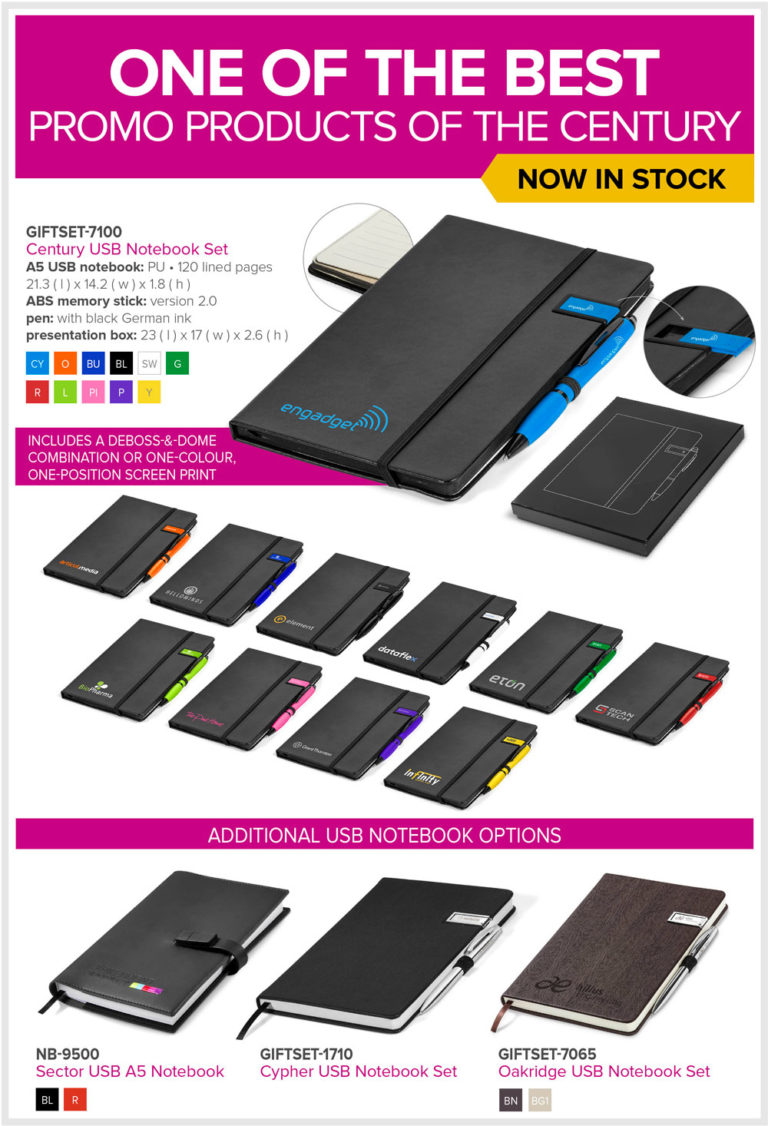 the fabulous new Century USB Notebook Set is now in stock, available in 11 sensational colours. Each notebook features a built in 8GB USB and is presented in an elegant printed gift box, together with a matching colour stylus ball pen. Make an even greater impression and choose between a FREE deboss-&-dome combination branding or… 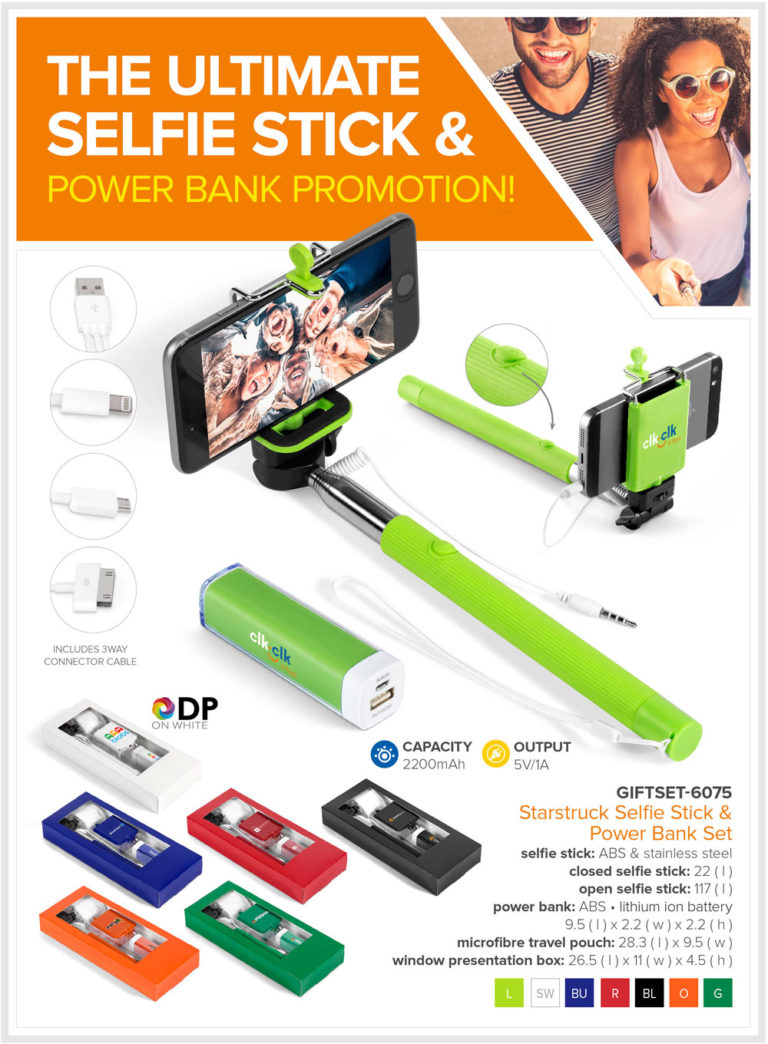 We have reduced the price of the Starstruck Selfie Stick & Power Bank Set, just in time for the year-end gifting season! Available in 7 sensational colours and presented in a matching colour window box, this set also includes a 3Way Connector Cable and microfibre presentation pouches for both the selfie stick and power bank…. 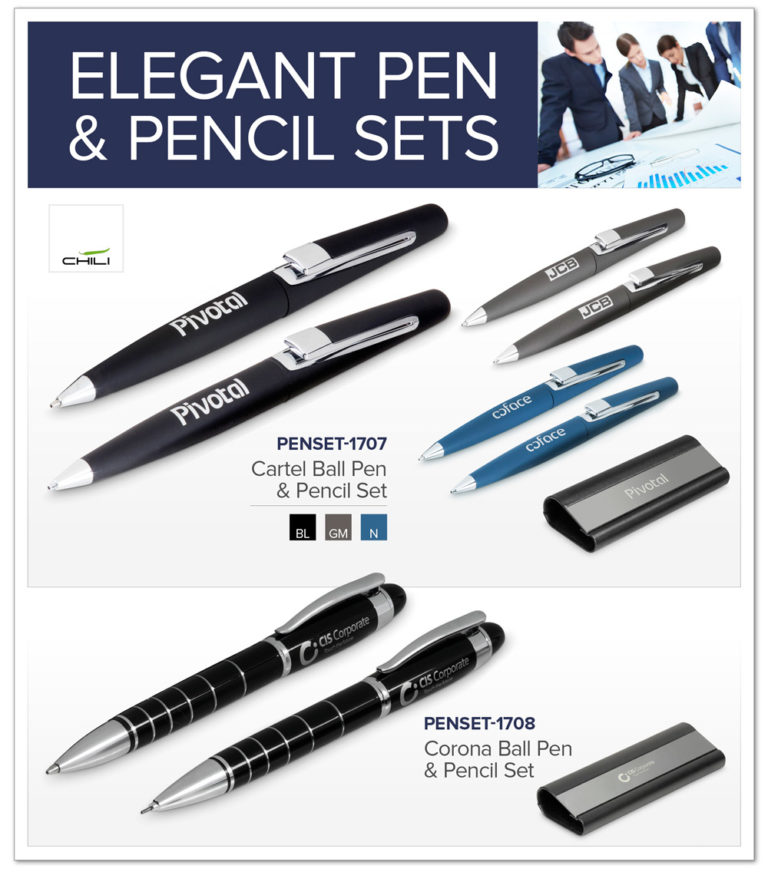 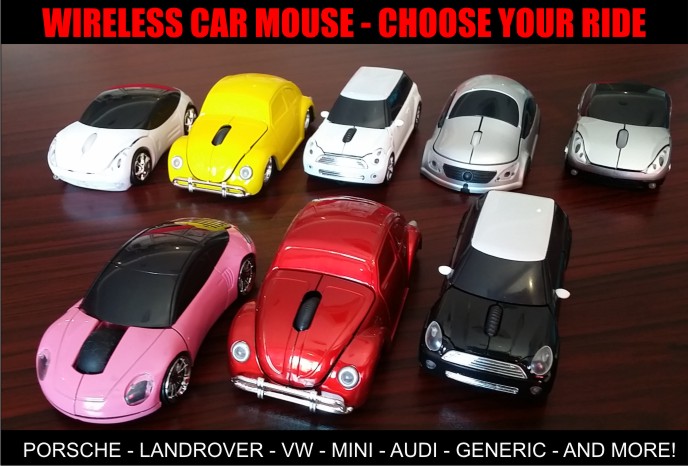